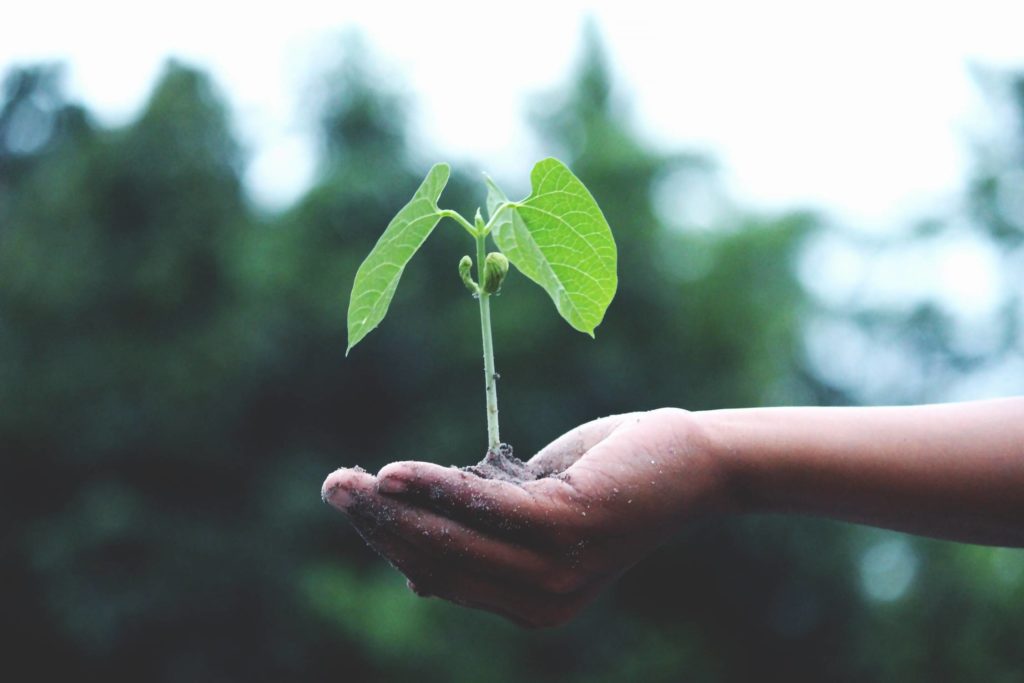 Here’s a strange story from Utah. A woman got a mysterious package in the mail from China. According to the box, it had earrings in it. She opened it, and found the box to be full of baggies of seeds—not earrings at all. And she didn’t order seeds. What’s up with that? And who sent them?

The woman in Utah isn’t the only one to get a mystery seed package. Other unsuspecting Utahans have received packages from China marked as earrings or ear studs. When they open them up, they find seeds inside. Across the pond in the United Kingdom, hundreds of gardeners have also received mystery packages from China and Malaysia, marked as ear studs, that contain unknown seeds. (Thanks to RobMcNealy for the tip!)

Here’s what you need to know:

The mystery seeds prompted immediate investigations by Utah’s Department of Agriculture and Food and the UK’s Animal and Plant Health Agency. The importation of plants and seeds is highly regulated due to concerns about invasive species.

I contacted the Utah Department of Agriculture to ask if they had identified the seeds. I heard from Mark Ashcroft, the program manager in the plant industry division overseeing seed, feed, fertilizer, fruit, and vegetable.

What could the seeds be? A mysterious bioweapon (per one theory we actually saw on Twitter)? Drugs?

“So far our Seed Laboratory has identified the seed that came from Tooele last night as rose, amaranth and two mints. We have also bar code identified aloe vera and coleus,” Ashcroft said. Ashcroft said many more people were dropping off or sending in mystery seeds for testing.

So, thankfully, the seeds are nothing harmful. Just some flowers, herbs, and succulents. (coleus is a type of ornamental flower). However, if you receive a mystery seed packet in the mail, you should be aware of the potential dangers and know what to do.

Care and handling of mystery seeds

Invasive plants are plants that are alien to an ecosystem, but thrive incredibly well there. They wreck their adoptive environments when they arrive. A common example is kudzu, which is an Asian vine that has invaded large sections of the United States. Not only is kudzu annoying to gardeners, but its prolific growth can also kill shrubs and even trees by completely blocking them off from sunlight.

Invasive plants can even be a threat to human life. Another invasive species that has taken off in recent years is the giant hogweed, which releases a sap that, when combined with sunlight, can cause what the BBC describes as “life-changing burns, blisters and scarring.”

Much like the acid-blooded xenomorphs in the movie Aliens, attacking a giant hogweed plant with a mower or string trimmer can spray you with sap. The worst part — you may not even realize it at first. Once the sap is activated by sunlight, the sap starts burning your flesh. If it gets in your eyes, it can cause permanent blindness.

As you can see, invasive plants can be a major threat. If you receive any such mystery seeds in the mail, contact your nearest agricultural department immediately so they can collect and test them. Do not touch the seeds, plant them, or even throw them away. Tossing them in the garbage could mean the seeds end up sprouting in a landfill, unleashing unknown horrors (or some lovely mint) on the world.

Have we weaponized seeds? Or is this just a weird scam?

The most likely explanation for the mystery seeds (other than world domination by invasive flora) is a good, old-fashioned scam.

Jane Rupp, president of the Better Business Bureau’s Utah chapter, told FOX 13 in Salt Lake City that it’s a common scheme known as “brushing.” An unscrupulous vendor selling on a website like Amazon or AliExpress somehow gets your address, creates a fake account with your name and address, sends you a cheap product, and then posts a fake, but glowing review of the product under your name.

Forbes explains the rationale for this bizarre scam:

To the platform and other users, these faux reviews appear to be from legitimate and verified sales. Beyond the benefit of favorable reviews, simply having additional sales is often enough to raise a product in the rankings of some e-commerce sites, such as Amazon.

As far as scams go, it’s pretty innocuous, albeit unsettling. The “victims” are almost never billed for the items, and some even wish they’d be the victims of a brushing scam.

If it happens to you, take the standard security precautions like contacting the retailer to let them know, changing your online retail passwords, and carefully checking your bank records to make sure you aren’t being defrauded. But you likely have nothing to worry about. Brushing is just a bizarre, yet strangely considerate way for vendors to boost their sales rankings.